The World War I Naval Monument at Brest, France stands on the ramparts of the city overlooking the harbor which was a major base of operations for American naval vessels during the war. The original monument built on this site to commemorate the achievements of the U.S. Navy during World War I was destroyed by the Germans on July 4, 1941, prior to the United States entry into World War II. The present structure is a replica of the original and was completed in 1958.

Brest is the westernmost port of France. Its location and activities there have been vital in commerce and conflicts over the centuries. Brest was especially important to many missions of the American Expeditionary Forces (AEF) during 1917 and 1918.

The monument is a rectangular rose colored granite shaft rising 145 feet above the lower terrace and 100 feet above the Cours Dajot. It sits upon a German bunker complex at the approximate site of the original monument. All four sides of the monument are decorated with sculpture of naval interest. The surrounding area has been developed by ABMC into an attractive park.
The Naval Monument at Brest displays this inscription in both English and French:

It was the principal port of embarkation and debarkation of troops, equipment, and supplies. Of the more than 2,000,000 members of the AEF arriving in France, more than 700,000 flowed through Brest. Brest served as American Naval Headquarters in France. Its ships and aircraft performed escort duties for convoys to and from France, as well as fighting the German submarine menace.

A force of more than 30 destroyers and dozens of smaller subchasers performed the many missions to ensure safety of the sea. The Naval Air Service, flying airplanes and dirigibles, supplemented the surface forces. During July and August, 1918, more than 3,000,000 tons of shipping was convoyed in and out of French ports by vessels based at Brest. The AEF’s Services of Supply (SOS) Base Section No. 5 set up depots to accommodate arriving and departing troops. For example, its billeting facilities at Brest could accommodate 55,000 persons. The SOS operated a variety of installations in the Brest locale for assembly and delivery of vehicles and equipment to forward units.

The Naval Monument at Brest rises above a park along the Cours Dajot, overlooking the harbor. It is 800 meters southwest of the Gare de Brest. 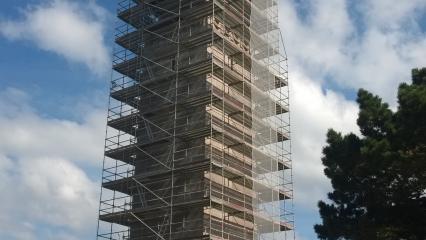 The Naval Monument at Brest is accessible by car or train.

A three hour drive from Brittany American Cemetery, travel on N176 towards the Mont Saint Michel, continuing on the N12 towards Saint Brieuc, Guingamp, Morlaix and Brest.  Use Cours Dajot for any GPS.

Trains from Paris to Brest leave from the Gare Montparnasse station. From the train station, the monument is about a 800 meter walk. When exiting the station head southeast onto Place du 19ème Régiment d’Infanterie. Once at the roundabout walk to the left of the traffic circle and take the Avenue Salaün Penquer. Take a slight right onto Rue de Denver, and at this point the monument should be in sight. 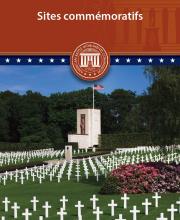 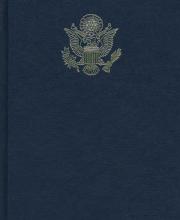