Teaching and Mapping the Geography of the Meuse Argonne Offensive: A Virtual Field Trip: The ABMC monuments and Meuse-Argonne Cemetery

Essential Question: Why are the ABMC monuments and cemetery placed where they are? 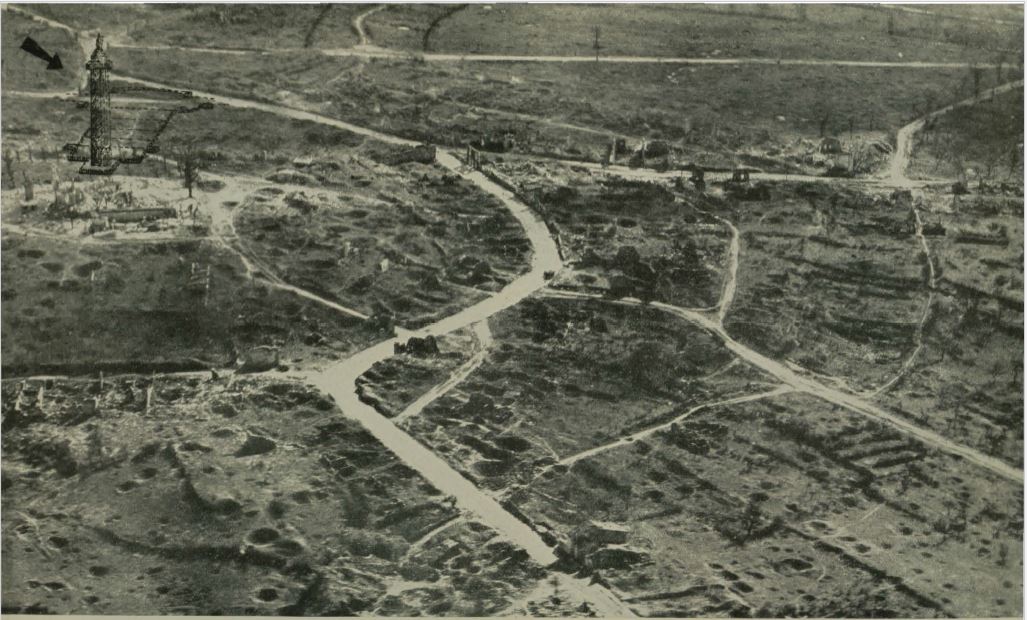 The American Battle Monuments Commission was founded in 1923, and its primary purpose was to “erect memorials in Europe to commemorate the services of the American forces there during the World War.”[1]  Following World War One, eleven memorials and two bronze tablets were built in France.  The memorials come in different sizes, the size relating to the importance of the American contribution at a given place.  The three largest memorials commemorate American combat in the areas of France with the most intense fighting.  Smaller memorials, and bronze tablets have been erected to celebrate the combat and service of Americans in other areas of France.[2]

The memorial at Montfaucon is “the most imposing American monument in Europe,” according to the ABMC.[3]  This monument commemorates the American contribution and victory in the Meuse-Argonne Campaign, the largest U.S. offensive in history (September 26-November 11, 1918).  This monument pays homage to General Pershing, the man with the plan for the Meuse-Argonne offensive.  Pershing sits atop of this memorial, and the visitor can walk up to the top to get an impressive view of the terrain in the area of the Meuse-Argonne.  Visitors can even see the ruins of a bombed out monastery, complete with a German machine-gun nest built into the ruins.  The largest memorial of World War One was placed at Montfaucon deliberately, as this location was the first major height that needed to be taken in order to oust the Germans from France and end the dreadful trench warfare that had plagued the country since 1914.

Another sacred place in the area is the Meuse-Argonne Cemetery, located near Romagne-Sous-Montfaucon.  This cemetery is the largest American military cemetery in Europe.  14,240 white marble tombstones dot the beautiful and meticulously groomed landscape of the cemetery.  The cemetery is located right in the heart of the most intense fighting of the offensive, behind the Hindenberg Line, in a small valley between the villages and heights of Cunel and Romagne.[4]

Place is important in our memory.  These places have born witness to some of the most intense fighting in the history of America.  The ABMC has chosen to commemorate American service and to teach future generations about the dedication and bravery of these men during World War One.

PREVIOUS SECTION 4 – Geography is War: A Case Study of the Argonne Forest and the Lost Battalion?