Sgt. John “Jack” T. Puckett was born in March 1923 in Wichita, Kans. He graduated from Wichita High School and attended Wichita University. In 1942, he transferred to the University of Kansas, where he attended the School of Business and was a member of the Phi Gamma Delta Fraternity. He withdrew from college to enter the Army in March 1943 at Ft. Leavenworth, Kans. In the winter of 1944, he shipped out to England.

On Jan. 15, 1945, while assigned to Company B, 394th Infantry Regiment, 99th Infantry Division, Puckett and members of his unit went missing in action while patrolling a wooded area east of Elsenborn, Belgium. Presumed dead, Puckett was officially declared deceased in Jan. 1946. The location of his remains was unknown until 1992, when members of the “99th MIA Project," a private organization devoted to finding the remains of 99th Infantry Division missing in action, discovered them with two other service members: Pvt. Harold Dechon and Pvt. Earnest Brown. Puckett’s remains were positively identified by the Department of Defense’s Central Identification Lab in Hawaii in early 2005.

Puckett’s awards include the Purple Heart, the Combat Infantryman Badge, and the Bronze Star Medal.

Puckett found his final resting place in Ardennes American Cemetery. The funeral service with full military honors took place on June 18, 2005, in the presence of Joann Bowman, Puckett’s sister. Bowman chose to leave her brother in the care of ABMC and beside his brothers in arms knowing that his name would be remembered and his story shared with visitors in perpetuity. In addition, she installed the bronze rosette next to his name on the Tablets of the Missing signifying that his remains were recovered, thereby completing his selfless story.

The two other privates were repatriated to the U.S. Brown rests in a private cemetery near Bristol, Va., while Dechon rests at Arlington National Cemetery, Va. where a marker memorializes all three. 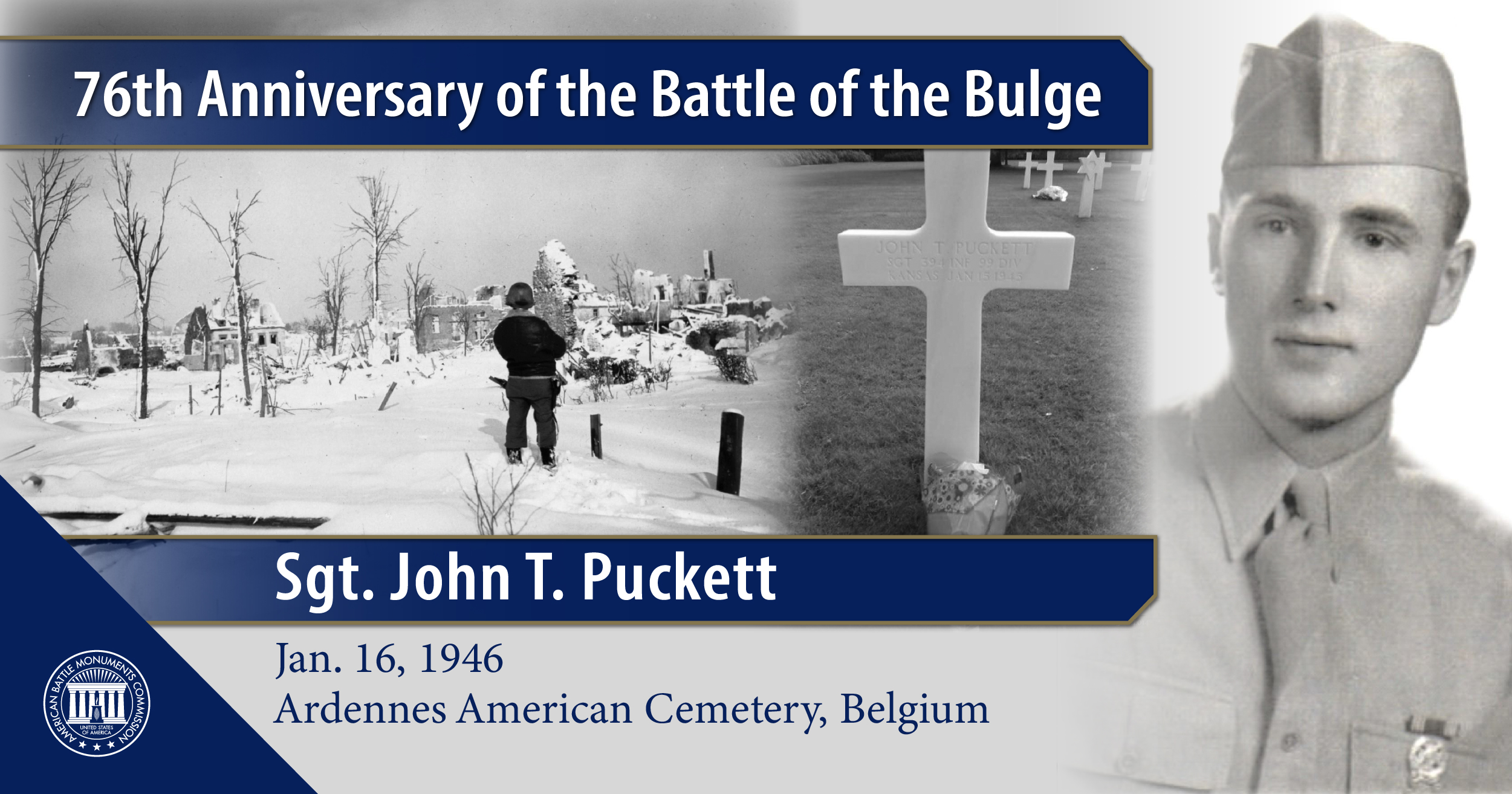