Tech. Sgt. Frank W. Holland graduated from Wallinford High School and before joining the Army in 1942, was a carpenter. By July 1944, he reached Europe with the 319th Infantry Regiment, 80th Infantry Division.

As the Battle of the Bulge developed, the 80th Infantry Division took part in the Third Army’s counterattack against the southern edge of the Bulge. Bastogne was relieved on December 27th, but the 80th and the rest of Third Army continued their assault in an attempt to cut off the Bulge and destroy the German units inside it.

On Jan. 8, 1945, Holland was among Medal of Honor recipient Staff Sgt. Day G. Turner's squad when the group was engaged in the battle for the Aastert farm house at Dahl, Luxembourg, about 15 miles from Bastogne, Belgium.
Of the nine men, five were wounded, but Holland was killed in action.

Wis, as his family and friends knew him, was 24. Prior to being sent overseas, he told his fiancé Rosalyn that the only man good enough for her, besides him of course, was his childhood best friend Edward Arters.
Arters also fought during World War II. After he returned from the South Pacific, Rosalyn and Edward got married, but never forgot Wis.

Nor have their grandchildren, who visited his grave at Luxembourg American Cemetery and shared this story so our staff could pass it on to our visitors for generations to come. 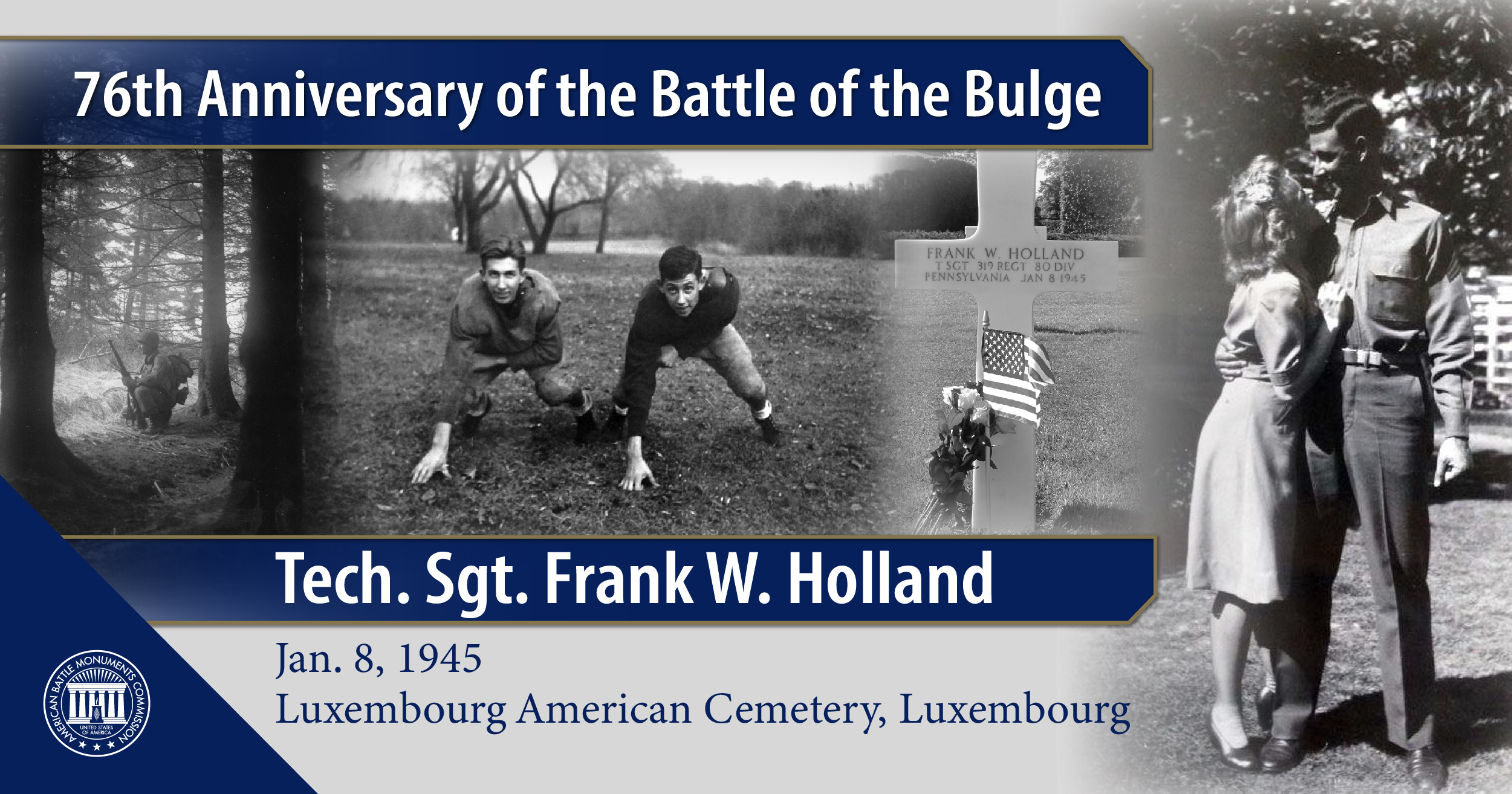