Two paintings from ABMC’s historical collections to be exhibited at the Palais de Chaillot in Paris, France

Two paintings from ABMC’s historical collections will be exhibited at the Palais de Chaillot in Paris, France, as part of its new exhibition “Art deco France – North America. Mutual Emulation,” from Oct. 21, to March 6, 2023. The exhibit will trace the origin of the art deco movement and explore how it spread from Paris in the 1920s, influencing art, fashion, architecture and culture on both sides of the Atlantic.

The two pieces of art represent a Sioux war chief head and the American Legion Mausoleum. The Sioux war chief head painting was a part of World War I pilot and member of the Lafayette Escadrille Charles Dolan’s plane. The fabric exhibited and restored was originally painted on the aircraft.

The painting will perhaps remind visitors of the mosaic at ABMC’s Lafayette Escadrille Memorial Cemetery, as the figure was the emblem of the Lafayette Escadrille during the war. It has a crucial place among the exhibition as the Sioux war chief head was a pattern frequently used in the Art Deco period in the United States.

Painted in the 1960s, the American Legion mausoleum painting is a great example of late art deco architecture. The piece represents the memorial that the American Legion built in Neuilly, France, in the 1930s to memorialize American Veterans. It echoes ABMC’s commemorative mission to remember the service and sacrifice of American service members.

To ensure these two works of art could be exhibited, both paintings were restored by both ABMC and Palais de Chaillot. Once the exhibit ends, they will be returned to ABMC’s collections, where we preserve historical pieces pertaining to ABMC history, the construction of our cemeteries and memorials, and the sacrifice of the service members honored at our sites throughout the world. 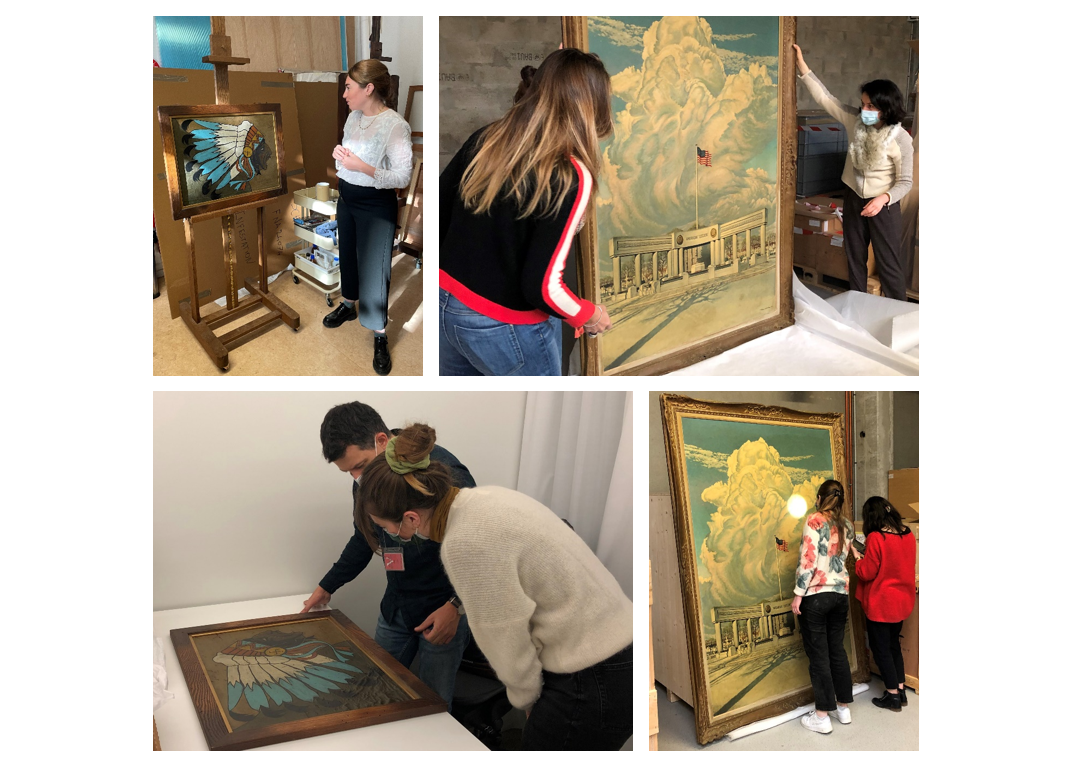 The exhibit will open its doors Friday, Oct. 21, and welcome visitors until Monday, March 6, 2023.