On November 10, 2021, in honor of Armistice and Veterans Day, Vice President Kamala Harris and her husband visited Suresnes American Cemetery, just outside Paris, France, and paid their respects to the American fallen service members from WWI and WWII who are memorialized there. 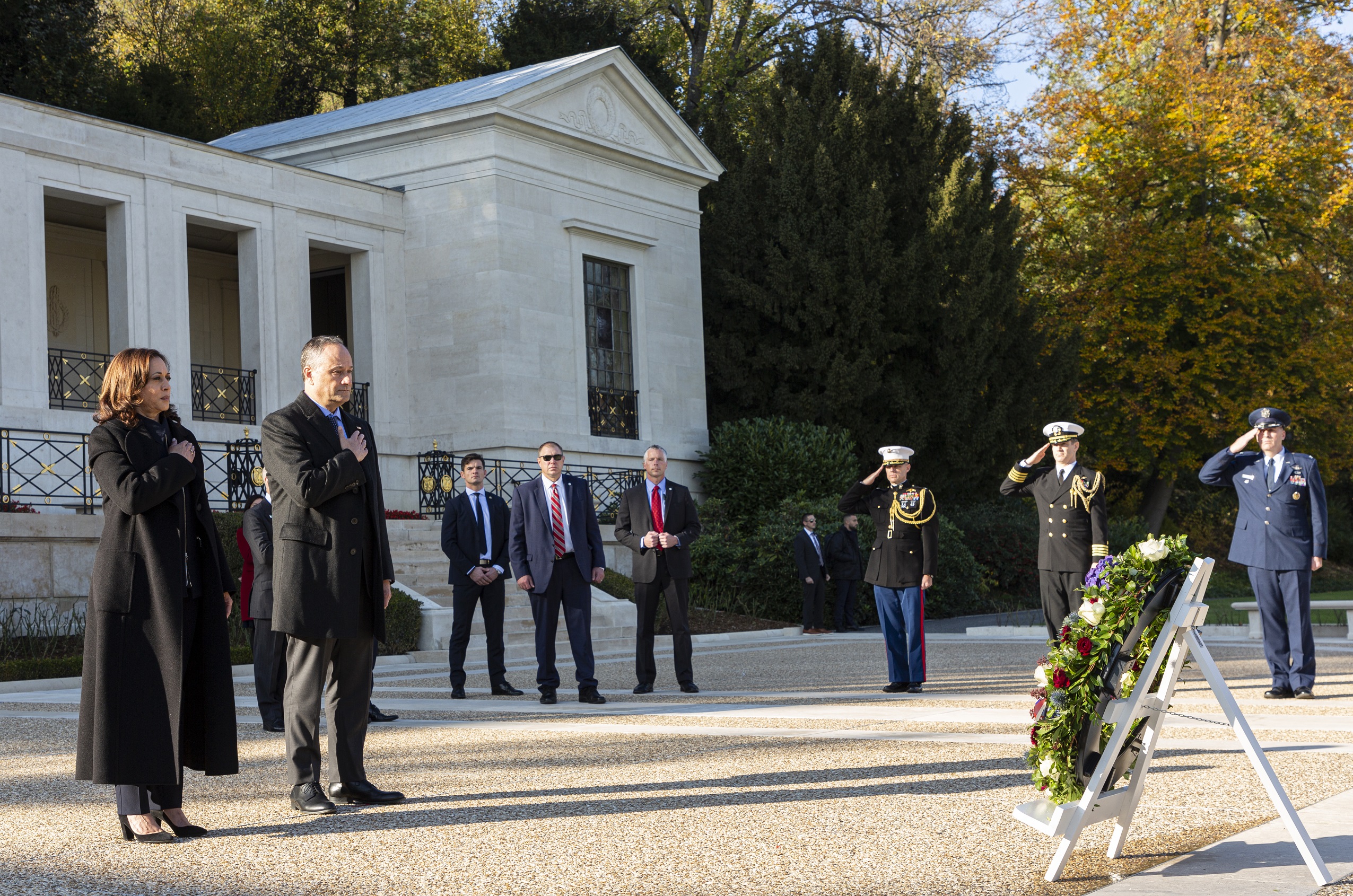 After an intimate wreath laying and playing of Taps, Vice President Harris was greeted by Superintendent Keith Stadler who provided an orientation of the memorial and cemetery grounds. Superintendent Stadler shared with Vice President Harris stories of some of the men and women who gave their lives for our nation. Among them, Inez Ann Murphy Crittenden, one of the 233 "Hello Girls" or telephone operators sent to France during WWI, who proved vital to American success in Europe. After hearing the stories of the servicemen and women who continue to be remembered every day by the work of the American Battle Monuments Commission (ABMC), the Vice President thanked the gathered ABMC staff, including the critical grounds crew who maintain our sites to pristine standards, saying, "Thank you for sharing these stories, for continuing to tell these stories. It is so important. It keeps their memories alive."

Suresnes American Cemetery is the final resting place of more than 1,500 Americans who perished during World War I from wounds received on the various battlefields of France. Many were victims of the influenza epidemic of 1918-1919, also known as the Spanish Flu. The site also contains the remains of more than 20 Unknowns from World War II. The Memorial Chapel has two loggias, one dedicated for each world war. Inside the Chapel are inscribed 974 names of those missing in action. 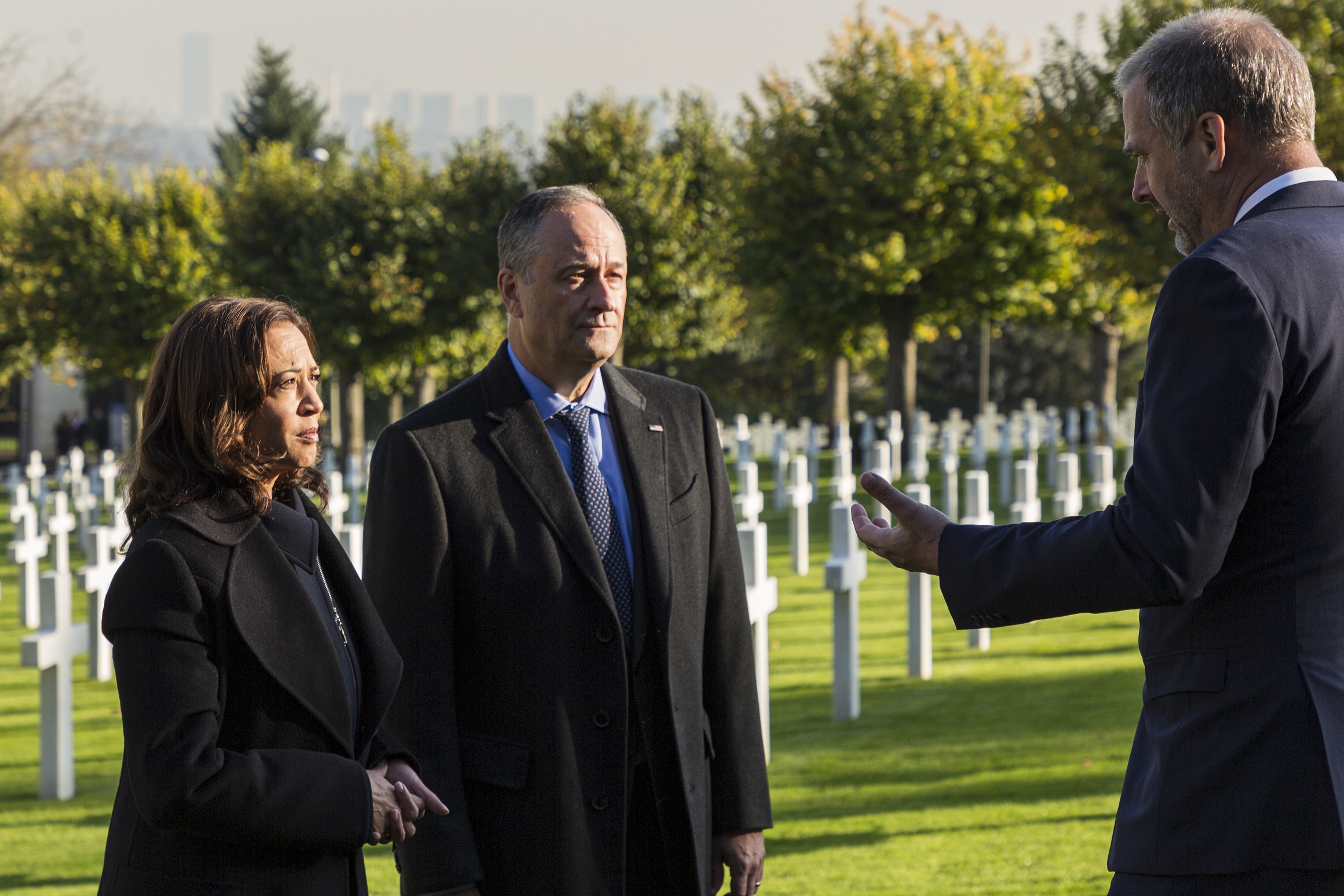 Since 1923, ABMC’s sacred mission is to honor the service, achievements, and sacrifice of the more than 200,000 U.S. service members buried and memorialized at 26 cemeteries and 32 monuments, in 17 countries, including four in the United States.