1st Lt. Aubrey H. Rion was born in 1919 in S.C. He attended Clemson University, with the goal of becoming a doctor.  While at Clemson, he played quarterback alongside the All-American halfback Banks McFadden, and met his future wife, Janette Stevenson, at a dance. They married on July 16, 1941 in Georgetown, S.C.

After graduating, he worked as a teacher and principal at Bennettsville High School, S.C., before volunteering for the U.S. Army in late June 1942. Rion went through officers training at Fort Benning, Ga., where he worked as an instructor at the infantry school for a year before being transferred to the parachute infantry in 1944. On June 17, 1944, his son Aubrey Jr. was born. A few months later, he was deployed overseas as a replacement in the 501st Parachute Infantry Regiment, 101st Airborne Division.

On Dec. 17, Supreme Allied Commander Gen. Dwight D. Eisenhower, recognizing both the seriousness of the German attack that would later be known as the Battle of the Bulge, and the opportunity it presented, committed the theater reserve, the XVIII Airborne Corps.
While the 82nd Airborne reinforced the north shoulder of the Bulge, the 101st was sent to hold the key crossroads town of Bastogne in support of Combat Command B, 10th Armored Division.

As German troops advanced, they successfully took the road to Bastogne and by Dec. 20, had surrounded the 101st Airborne Division as well as Combat Command B of the 10th Armored Division and other supporting troops.

That day, as the 501st was assigned to the western sector of the defensive ring around Bastogne, 25-year-old Rion saw that one of his men was wounded and, under heavy enemy fire, rushed to aid him. Rion attempted to pick up his comrade and carry him to safety, but was shot and killed by a German sniper during the attempt.

He is buried in Luxembourg American Cemetery. 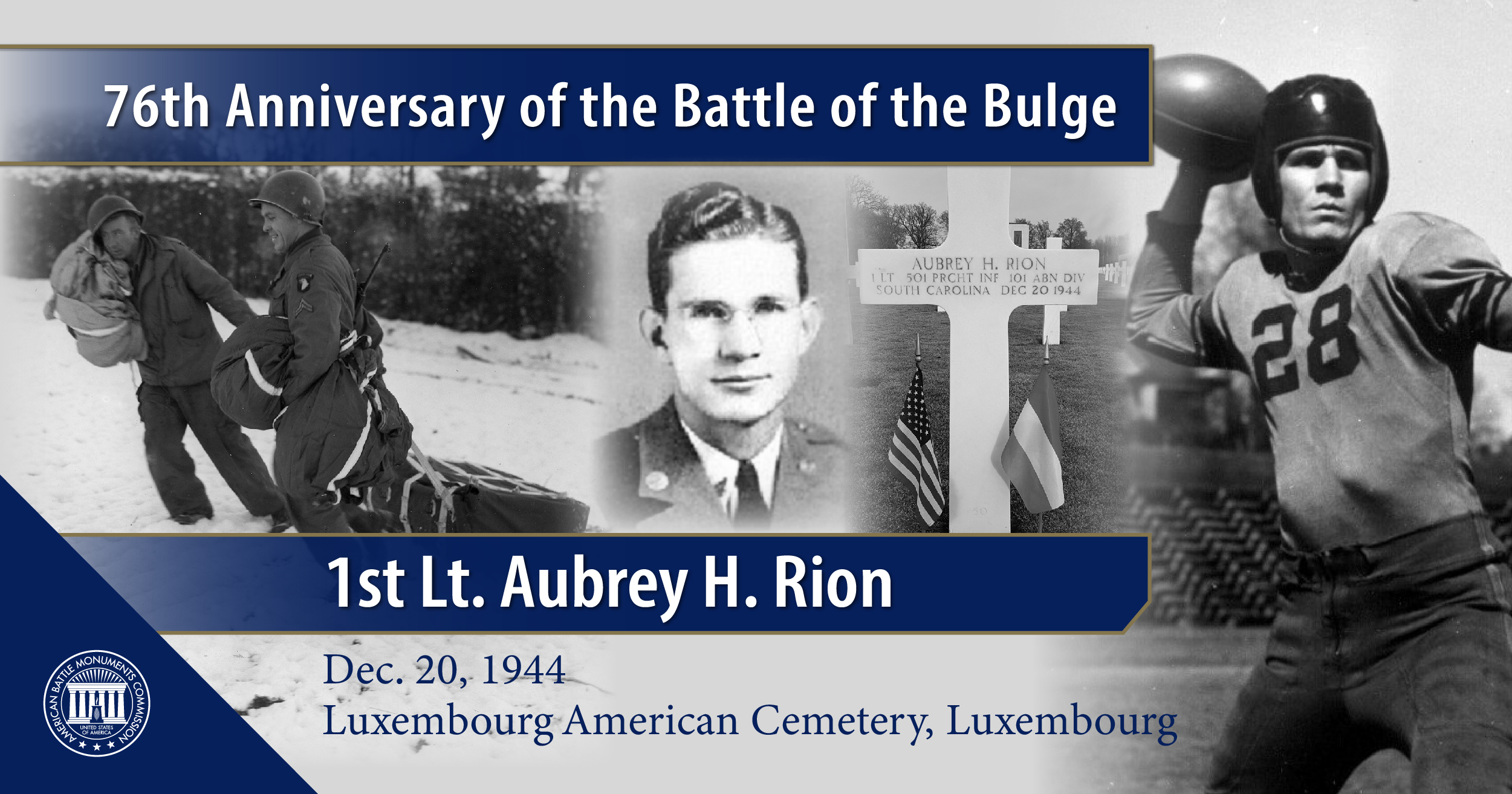