Chaplain Clyde E. Kimball joined the Army in June 1941. He served in many European countries -- Belgium, England, France, Holland, and Luxembourg -- giving two or three services per day to the troops. During operations, Kimball would bring personal supplies and offer spiritual comfort to detachments of isolated soldiers, often putting his own life at risk. His role and duties as a chaplain went from holding Bible study groups, to providing spiritual guidance for those in need, helping to evacuate the wounded to safety and giving last rites to the dying.

On Dec. 19, 1944, amidst fierce combat, he set out to help rescue a group of wounded soldiers unable to get medical attention. During the rescue attempt  he was mortally wounded by German gunfire.
His experience during the war was later published by his wife, Ellen, in “A Diary of My Work Overseas.”

Kimball was awarded the Silver Star and the Purple Heart, and is one of three chaplains buried at Henri-Chapelle American Cemetery, Belgium. 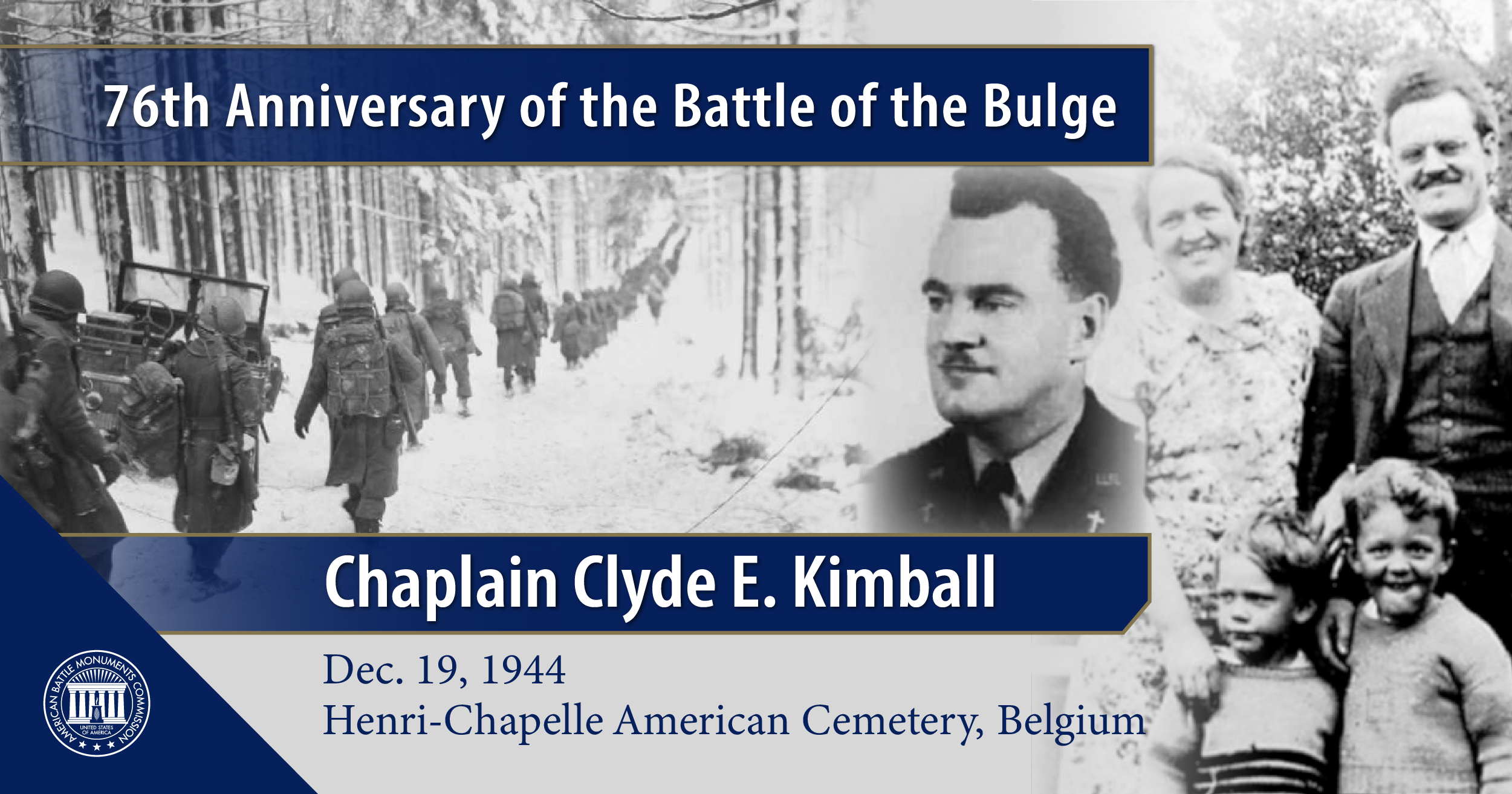