The 2ID was one of the few veteran division in the Ardennes at the outbreak of the Battle of the Bulge. Landing on Omaha Beach on D+1, the division had fought its way across Northeast Europe and had been assigned to the quiet Ardennes to rest and incorporate replacements.
As the Battle got underway, the 2nd was preparing its own offensive targeting of the Roer Dams when the Germans launched WACHT AM RHEIN, and initially believed the German offensive was a spoiling attack. The scale of the German assault soon became apparent, and the 2nd, along with the green 99th Infantry Division were quickly locked in a grinding defense of Elsenborne Ridge.

As part of this, the division’s 2nd Engineer Combat Battalion, Kimbro’s unit, was ordered to emplace mines and obstacles in front of the ridge to slow down the German advance while the rest of the division developed a defensive position.

On Dec. 19, after several unsuccessful attempts, and having left his squad in a protected location, Kimbro decided to lay the mines himself while under heavy enemy fire. After successfully completing his mission, he was killed by the enemy while he attempted to crawl away from his objective.

For his service and bravery, he was awarded the Medal of Honor as well as the Purple Heart. He forever rests at Henri-Chapelle American Cemetery. 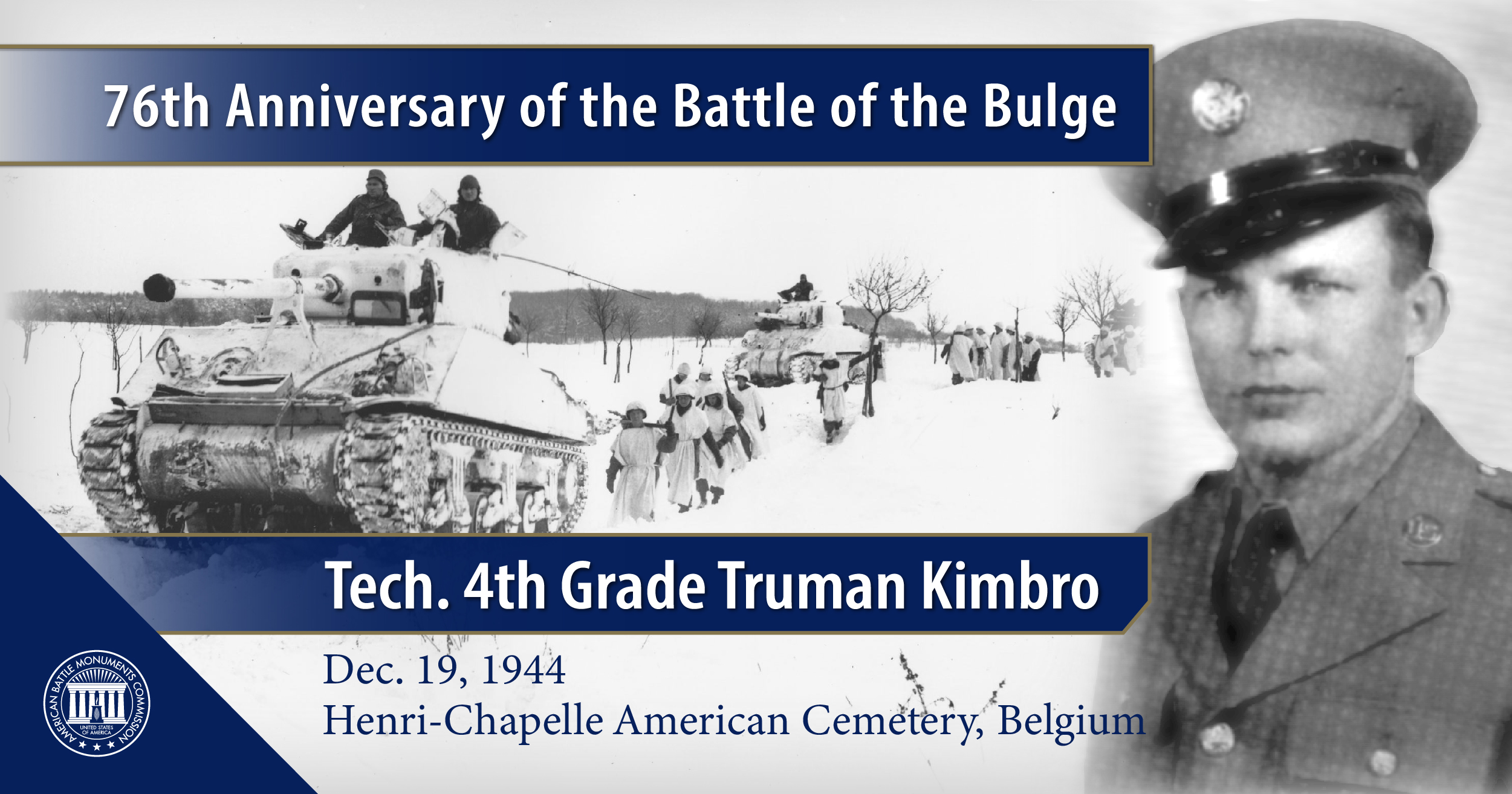