Commemorations of the 75th Anniversary of the Landings: Sicily-Rome American Cemetery Remembers the Liberators of Italy

On January 22, 2019, at 10:30 a.m. there will be a ceremony at Sicily-Rome American Cemetery in memory of the service members who died during the Allied landings at Anzio and Nettuno. Events this day also will include the illumination of over 7,800 graves. Events marking 75th anniversaries of World War II will continue throughout the year, including events in France in June and August 2019.

A Luminary and a Concert

This ceremony will be an opportunity to discover the individual stories of people who are buried or commemorated in the cemetery. At 5:00 p.m. the entire cemetery will glow with candlelight, illuminating over 7,800 graves. At 6:00 p.m. a concert will be held. All events are free and open to the public.

The mission of the site is to keep alive the memory of the 11,000 Americans – out of the 30,000 – who died to liberate Italy. Blocked by the famous Gustav Line north of Naples in late 1943, the Allies outflanked enemy positions with landings at Anzio and Nettuno on January 22, 1944. These advances marked the beginning of the offensive that led to the liberation of Rome in June 1944.

Memory of History as a Dialogue with the Present

The custodian of American military cemeteries outside the United States, the American Battle Monuments Commission (ABMC) emphasizes the human stories that history must not forget: “The duty of memory, which is the mission of our agency, is also the duty of making the sacrifices of previous generations accessible to young people today. Emphasizing individual stories creates a dialogue between past and future generations,” explains William M. Matz, Jr., Secretary of the ABMC. 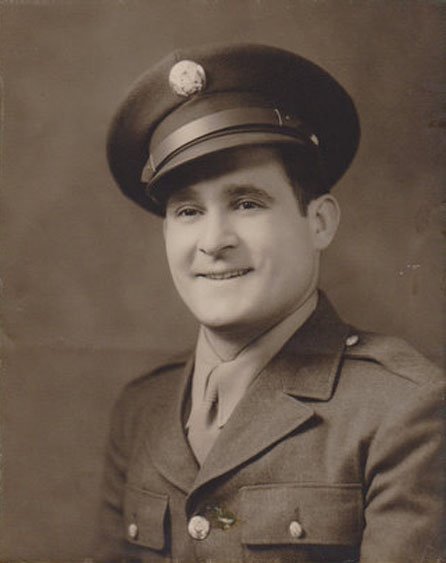 The son of Italian immigrants, Sullivan J. Africano enlisted in the American army in 1942 and was assigned to the 83rd Chemical Mortar Battalion, serving in North Africa and Sicily.

Loaded onto a Landing Ship Tank in preparation for disembarkation, this battalion took part in Operation Shingle, which began the night of January 22, 1944.

What happened the night of his death has been called one of the greatest naval tragedies of the war. Initially suspected to be a torpedo strike, the most accurate account is that of Lieutenant Commander Broadhurst, commander of the ship. He reported that around 5:20 a.m., the ship broke anchor, was blown into a minefield and struck a mine. Within five minutes, Broadhurst gave the order to abandon the ship, moments before it slipped beneath the waves.

In the chaos and despite several rescue attempts by other warships, Africano was one of the men who could not be saved due to horrific weather conditions (wind, frigid temperatures, rain, and hail). There were heavy losses: 454 Americans and 29 British sailors perished during the incident.

Africano received a Purple Heart, which is given to soldiers wounded or killed in action and awarded in the name of the President of the United States. His remains were never recovered and he is honored by name on the Tablets of the Missing at Sicily-Rome American Cemetery. Toshio Sasano was one of the soldiers of Japanese ancestry who were known as Nisei.

Many of these soldiers served in the 100th Infantry Battalion/442nd Regimental Combat Team. Their spirit and courage were officially recognized by American General Mark W. Clark, Commander of the Fifth Army, and later by President Barack Obama.

Toshio Sasano died in battle on January 25, 1944, near Cassino, Italy. His body was never recovered, and he is honored by name on Tablets of the Missing at Sicily-Rome American Cemetery.

For his service, he received several decorations including the Purple Heart and the Bronze Star. On October 5, 2010 President Obama signed a bill to grant the Congressional Gold Medal, collectively, to the 100th Infantry Battalion, 442nd Regimental Combat Team in recognition of their dedicated service during World War II. Anna M. Fisher was part of the Women’s Army Corps (WAC). This young American woman believed in the importance of the contributions that could be made by women during the war. She was very interested in current events and geopolitics and was planning on studying history or journalism after the war. In addition to her love for her country, her desire to explore the world led her to join the American army.

She was soon assigned to a post in communications. She served in North Africa and in Europe at the headquarters of the 15th Air Force, where she worked as a cryptographer. Her talent for codes allowed her to decode intercepted German messages.

Anna M. Fisher was not able to witness how her work and that of the other women of WAC benefited the Allies. She lost her life in a tragic plane accident in Italy on April 20, 1945. She is buried in Plot B of Sicily-Rome American Cemetery, one of the few women interred here.

These are just a few of the stories that can be discovered at the Sicily-Rome American Cemetery.